Telemetry addon for Kerbal Space Program. Program uses a server which is running on the KSP side and a client which is capable of running both the KSP side computer or any other one over a web browser. This means you can connect to the server from any device which is capable of running it over a web browser with entering your server computer's local address and 5000 as port, for example: http://192.168.1.104:5000.

This program requires lots of computing power. It is been advised to use this program with another computer or second screen.

On the top bar you can see: * Spacecraft name. * Misson time after the take-off. * Speed. * Altitude. * Apogee. * Perigee. * Inclination.

On the second page: * You can see the charts after you take-off to the point you reach 90km from the sea level (FL900). * Also it shows some current values of the spacecraft.

On the final page: * You will see the extended details about the target. * You can see the flight panel control panel. * Flight Commands which ables you to command the spacecraft from the web interface.

On the bottom bar: * Current stage information. * Stage Now button which initiates the next stage. * Current planet. * Current real time. * Whether you have communication. * Initials of the target. * Target speed / target distance. 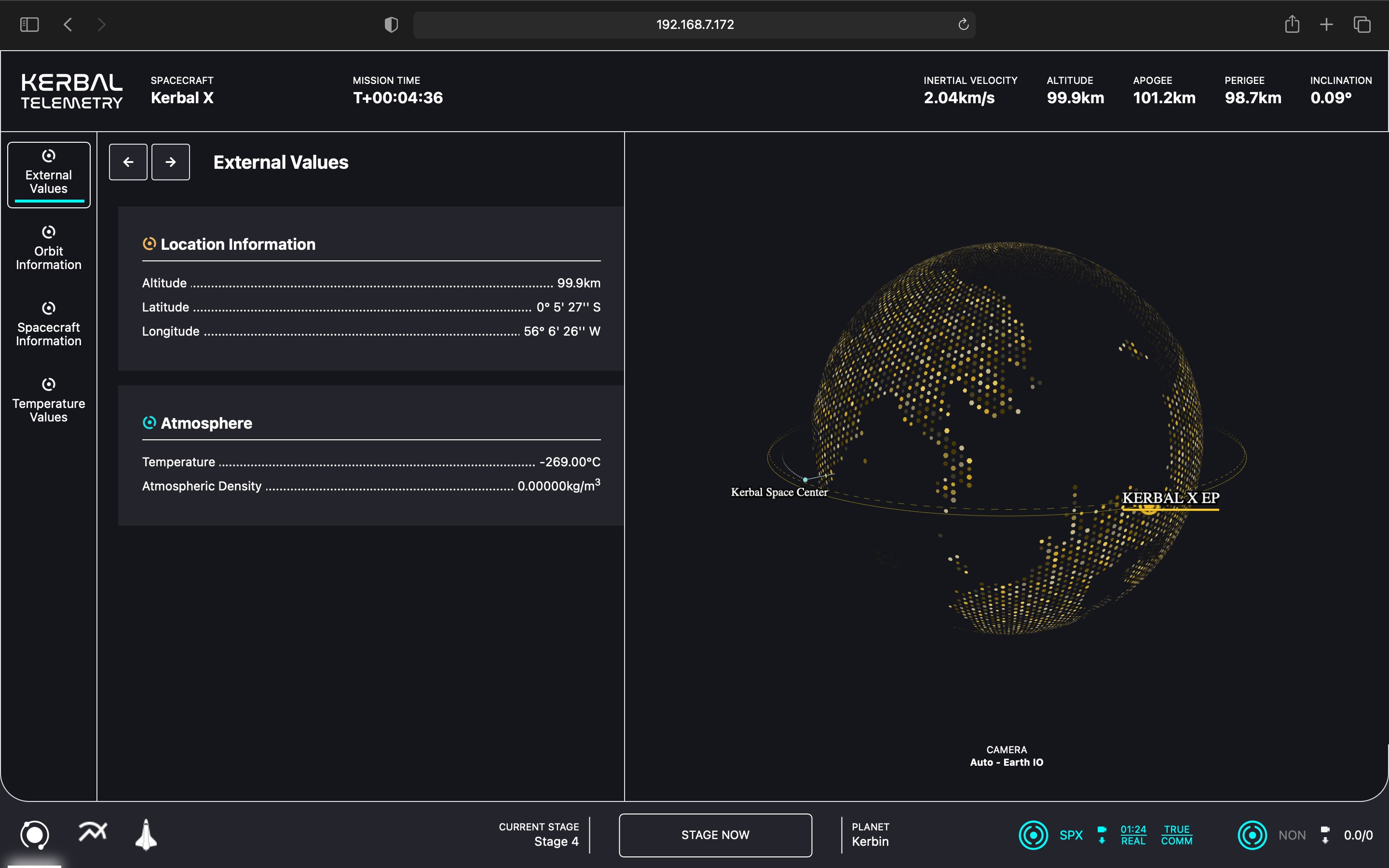 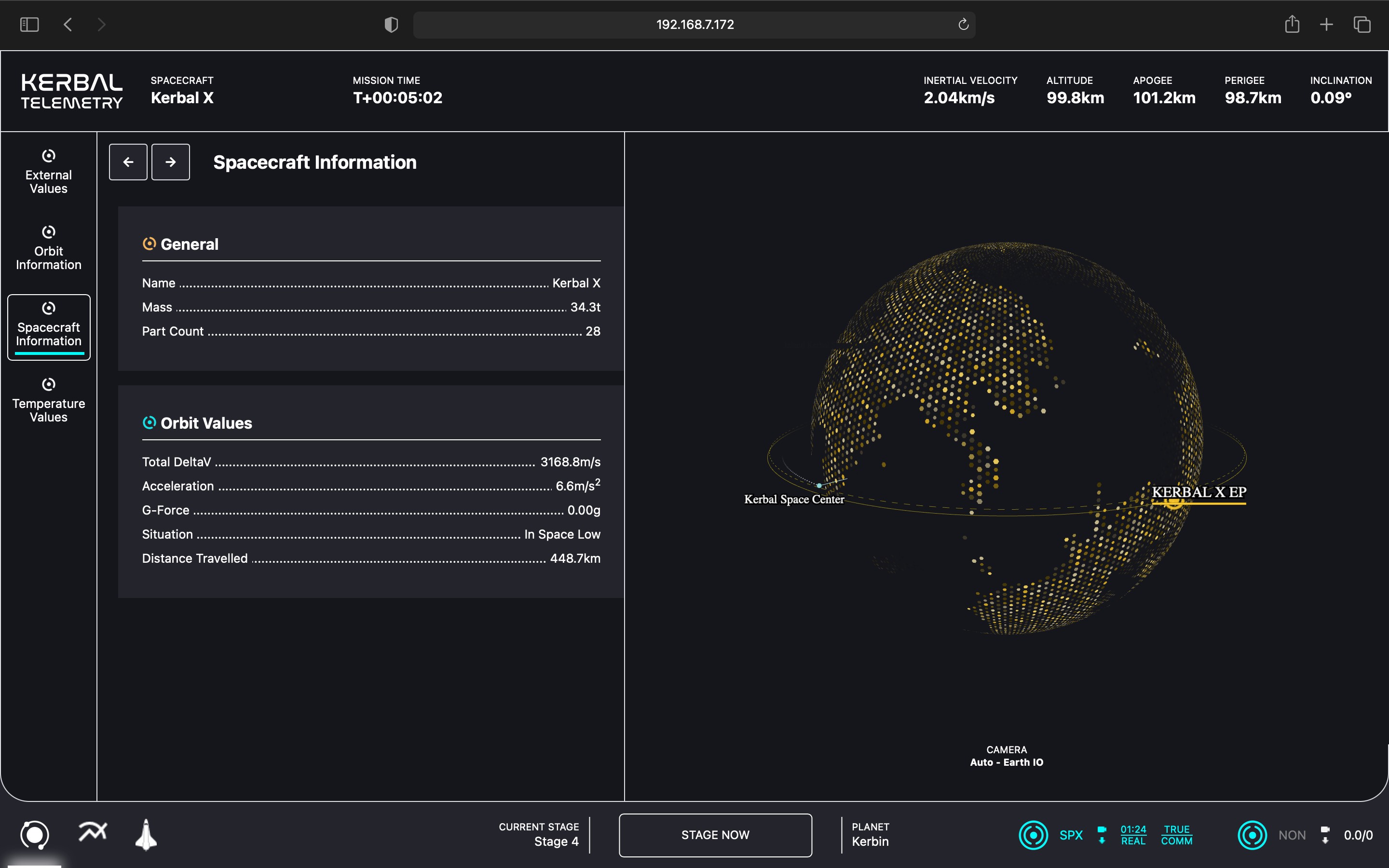 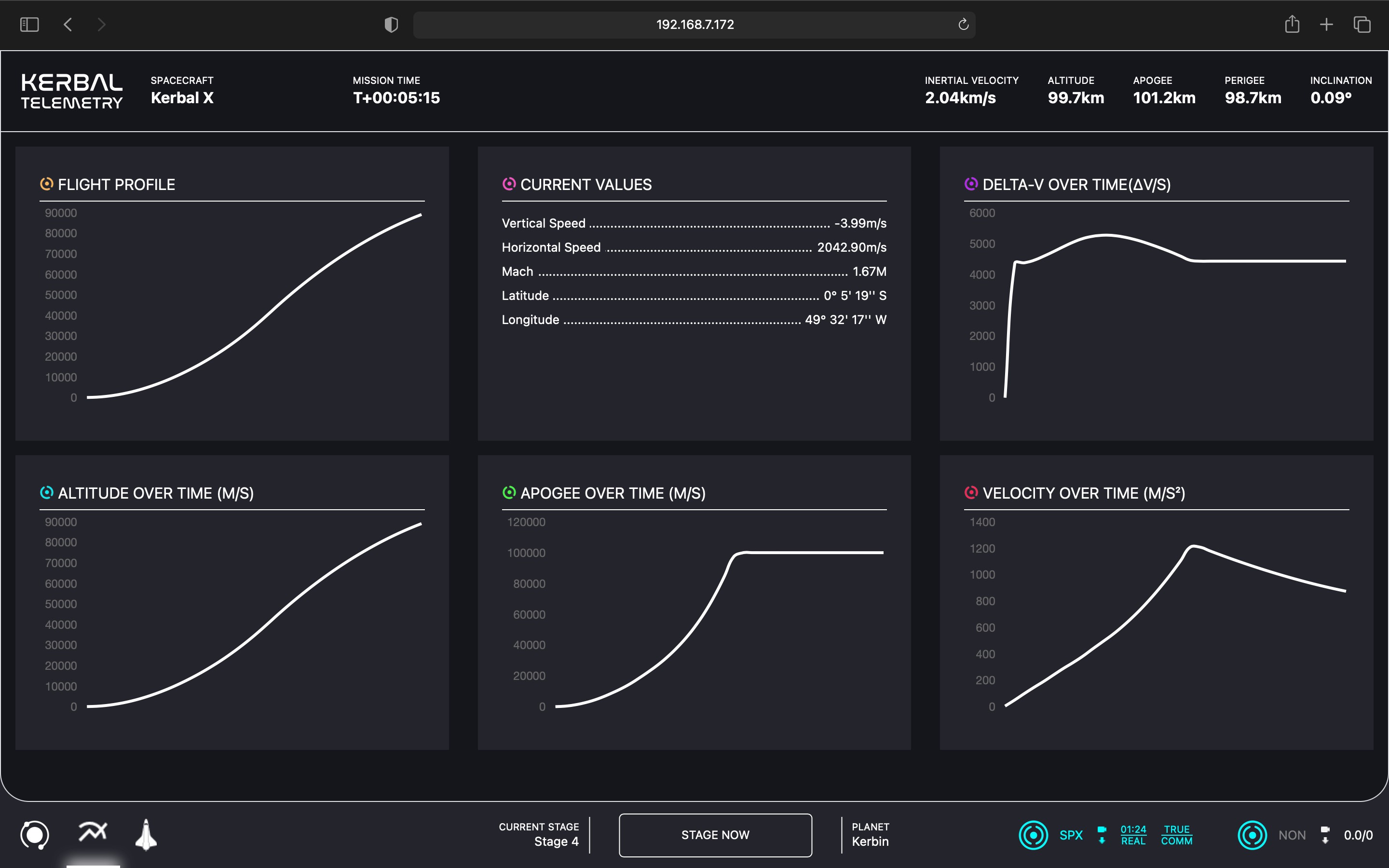 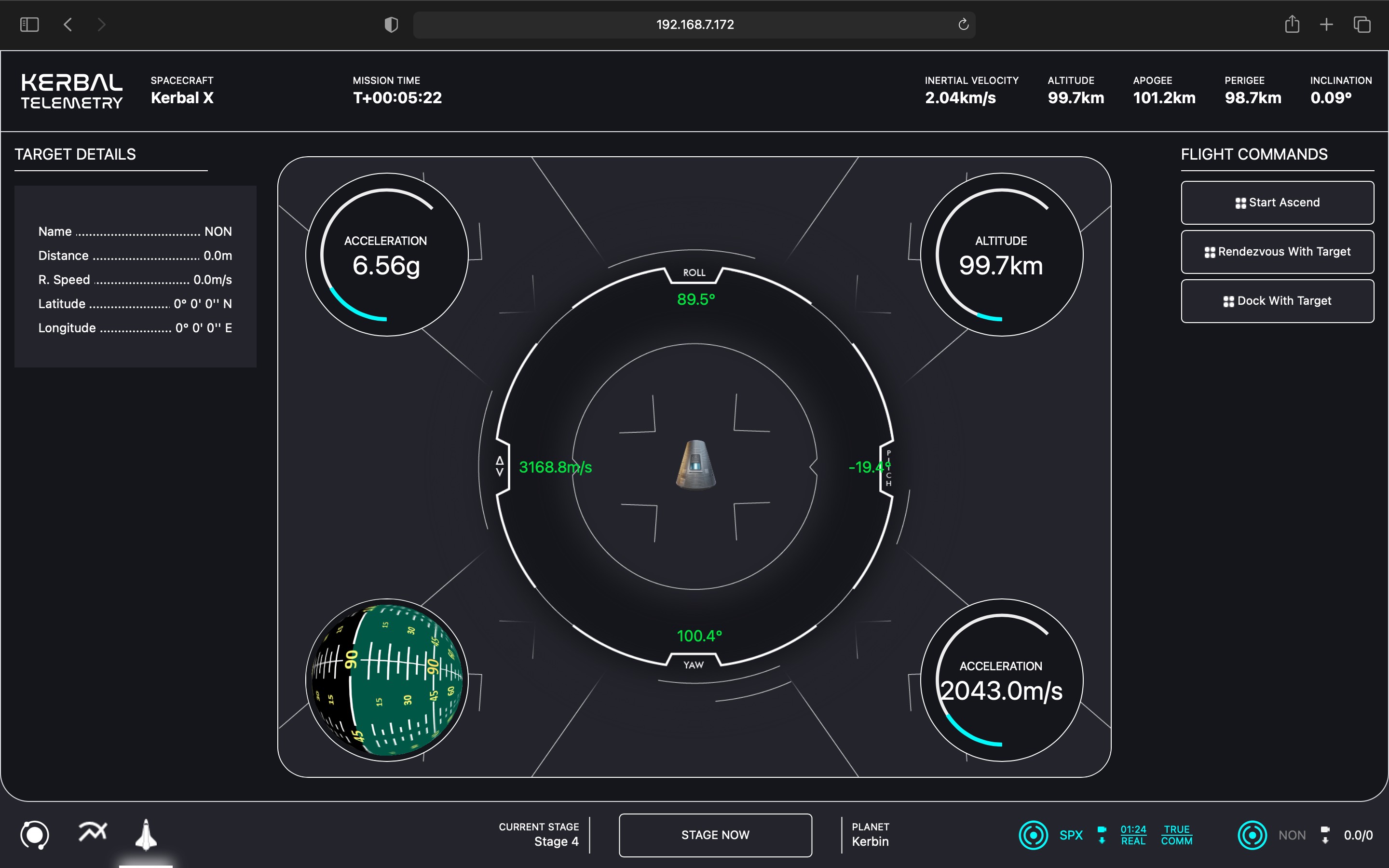 Usage is very simple. After you run the server script, start the game. When you start a flight, telemetry plugin will become active.

Control From the Interface

In this update: * Minor bug fixes. * Fixing some typos. * Now you can control the spacecraft from the web interface a little bit. * You can stage from the interface. * Cool animation when you reach the orbit. * Added MechJeb, kRPC and kRPC MechJeb dependencies.